The Golden Age of Polish Philosophy 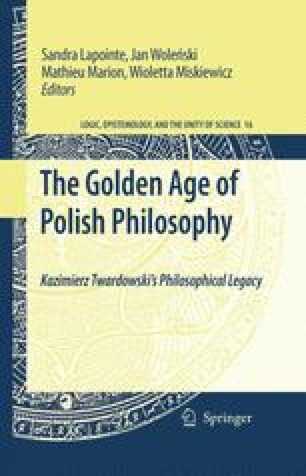 The Golden Age of Polish Philosophy pp 1-16 | Cite as

Chapter
Part of the Logic, Epistemology, and the Unity of Science book series (LEUS, volume 16)

Polish philosophy goes back to the 13th century, when Witelo, famous for his works in optics and the metaphysics of light, lived and worked in Silesia. Yet, Poland’s academic life only really began after the University of Cracow was founded in 1364 – its development was interrupted by the sudden death of King Kazimierz III, but it was re-established in 1400. The main currents of classical scholastic thought like Thomism, Scottism or Ockhamism had been late – about a century – to come to Poland and they had a considerable impact on the budding Polish philosophical scene. The controversy between the via antiqua and the via moderna was hotly debated.

Philosophical Problem Political Thought Logical Positivist Logical Empiricism Vienna Circle
These keywords were added by machine and not by the authors. This process is experimental and the keywords may be updated as the learning algorithm improves.
This is a preview of subscription content, log in to check access.