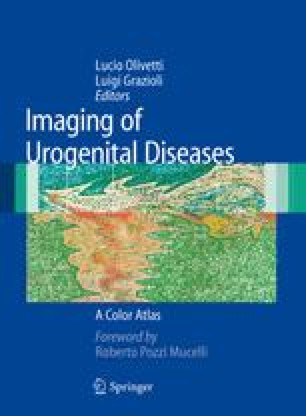 The urogenital system can be divided into two functionally different units, the urinary system and the reproductive system, which are nonetheless closely related in terms not only of anatomy but also of embryology. In fact both develop from the same primitive cell mass, the intermediate mesoderm situated along the posterior wall of the abdominal cavity, and the excretory ducts of both systems initially have a common outlet, the cloaca. Despite their close relationship, it would appear opportune to treat them separately.

Urinary System Afferent Arteriole Urogenital Sinus Excretory Duct Renal Sinus
These keywords were added by machine and not by the authors. This process is experimental and the keywords may be updated as the learning algorithm improves.
This is a preview of subscription content, log in to check access.