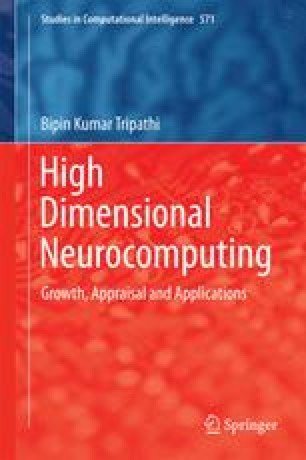 The complex plane is the geometric representation of complex numbers established by the real axis and the orthogonal imaginary axis. A point on the complex plane can be viewed as a complex number with X and Y coordinates regarded as real and imaginary parts of the number. It can be thought of as a modified Cartesian plane, where real part is represented by a displacement along the X-axis and imaginary part by a displacement along the Y-axis. The set of complex numbers is a Field equipped with basic algebraic properties of addition and multiplication operations [1], and hence gives a perfect platform of operation. The properties of the complex plane are different from those of the real line. A complex number have a nonnegative modulus and an argument (Arg) associated with it that locates the complex number uniquely on the plane. It is natural to represent a nonzero complex number with a directed line segment or vector on the complex plane. The extension of traditional real-valued neuron on complex plane has varied its structure from single dimension to two dimensions. Real-valued neuron administers motion on real line, while learning with a complex-valued neuron applies a linear transformation, called 2D motion, [2, 3] to each input signal (complex number on plane). Thus, learning in a complex-valued neural network (CVNN) is characterized with the complex-valued signals flowing through the network, and has ability to capture two dimension patterns naturally. Therefore, the concept of complex plane allows a geometric interpretation of complex numbers in CVNN. The present chapter investigates and explores the mapping properties of the CVNN through some problems of mapping to bring forth the differences between CVNN and ANN, where the stress was on problems that CVNN solves and ANN does not.

Complex-valued Neural Networks (CVNN) Basic Algebraic Properties Bilinear Transformation Proposed Neuron Conventional Neurons
These keywords were added by machine and not by the authors. This process is experimental and the keywords may be updated as the learning algorithm improves.
This is a preview of subscription content, log in to check access.