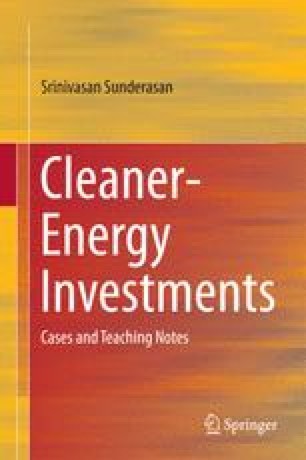 The Norfolk Energy from Waste (EfW) project had received planning permission and treasury grant support after a long-drawn procurement process and after a thorough evaluation of all applications. The consortium of Cory Environmental of the UK and Wheelabrator of the USA was selected to construct and operate the Willows Power and Recycling unit outside of King’s Lynn in Norfolk County. The project had faced political and social challenges all through. Initially, the Council members considered the protests (by as many as 65,000 people forming 94 % of the population) as being routine, but eventually, the planning permission was called in. By October 2013, the treasury decided to cancel the grant citing the country’s ability to meet EU recycling targets without having to build the Norfolk plant.

Walk Away Residual Waste Private Finance Initiative Planning Permission Local Opposition
These keywords were added by machine and not by the authors. This process is experimental and the keywords may be updated as the learning algorithm improves.

I believe that this proposal has been subjected to the most intensive scrutiny, by the Planning Process, the Public, the Environment Agency and DEFRA, which has approved the largest grant Norfolk has received for a single project.