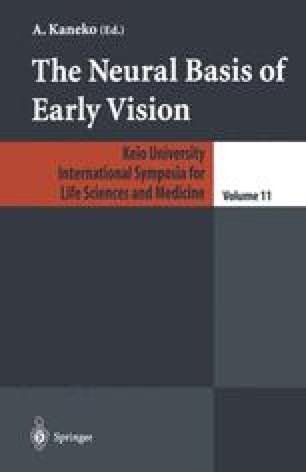 Some Functions of Amacrine Cells

In contrast to traditional schemas, amacrine cells make up a major population of neurons in the retina, both quantitatively and in the wide variety of their types. They represent the major input to retinal ganglion cells, occupying a fraction ranging from 70% for alpha cells in the cat and parasol cells in the monkey, to 50% for midget ganglion cells in the monkey fovea. In addition, amacrine cells make major inhibitory synapses on the axon terminals of the bipolar cells, thus controlling their output to the ganglion cells. They thus are major players in shaping the flow of information through the retina. In contrast, horizontal cells come in only two types and seem to have a single, unified function. Accordingly, amacrine cells outnumber horizontal cells by numbers that range from 4:1 to 10:1.