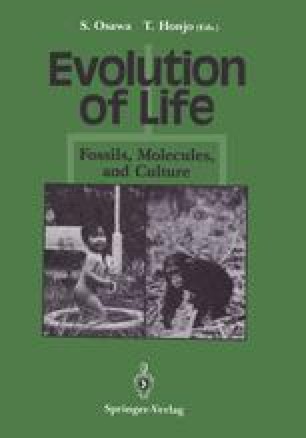 Our modern synthetic view of evolution represents the collective wisdom of investigations carried out over five centuries, beginning with the first detailed comparisons of fossils to living organisms. When adequately sampled, fossil mammals exhibit many of the patterns expected of gradually evolving species. Morphological variation in early Cenozoic mammals is comparable to that of modern mammals, and study of successive samples closely spaced in time indicates that species are dynamic, changing continuously and continually at variable rates including rates that characterize their transitions. Anagenesis is an important mode of speciation and (pseudo) extinction. Cladogenesis is also important, but more difficult to document. Species durations are more dispersed than would be expected if they were Poisson-distributed, indicating that they are interdependent and extrinsically determined. All time series can be modelled as random walks at some rate on some scale of time. Successive samples of Hyopsodus closely spaced in time are more distinct morphologically than predicted by random genetic drift, suggesting a deterministic component of change (possibly selection). Most evolutionary rates scale as a function of time. Temporal independence of evolutionary rates was previously known only in artificial selection experiments. Here the first instance is reported for evolution on a geological scale of time. Slowing molecular change in primate evolution may be due to natural selection. Repeated regularities cannot be explained by stochastic processes alone, and evolution is more than random.

Effective Population Size Fossil Record Intrinsic Rate Stratigraphic Section Successive Sample
These keywords were added by machine and not by the authors. This process is experimental and the keywords may be updated as the learning algorithm improves.
This is a preview of subscription content, log in to check access.