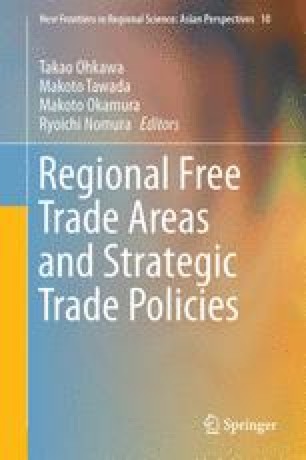 The increasing volume of food trade may result in unfavorable food inflows from foreign countries, where inspection costs are high or inspection quality is degraded. One solution is to charge food-trading companies for inspection costs. To this end, we create a model that delivers a game between the government of the food-importing country and foreign food firms. We then prove that, under a given unit inspection budget, the optimal tariff rate is one that balances inspection costs with tariff revenue. Under such a system, there is no market failure caused by the inflow of bad food, although this does not mean that inspection is not required for the food-importing country’s efficiency. Thus, the condition of an optimal level of inspection is derived.

We thank Professor Makoto Okamura for a perceptive comment following which this chapter was greatly improved. We are also grateful to Professor Binh Tran-nam and the participants of the seminars at Hoa Sen University in Ho Chi Minh City and at the University of Asia and the Pacific in Manila. Madoka Okimoto gratefully acknowledges the financial support of a grant-in-aid for the basic research (A) #21243023 and for JSPS Fellows #23-3981 from the Japan Society for the Promotion of Science (JSPS), respectively.