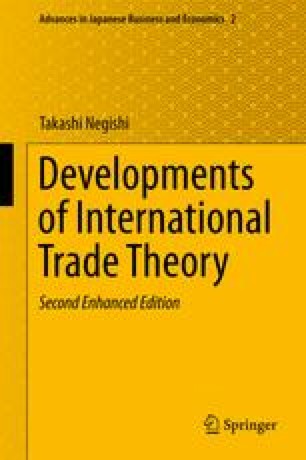 To study the modern theory of the international trade, it is necessary to be familiar with the elementary theory of production. The basic model of an economy to be considered is a two-commodity two-factor one of a country. There are two industries, each of which produces a single different commodity from the input of two factors of production, say, labor and capital. The technology of an industry is given as an aggregate production function which relates the inputs of two factors of production to the output of a commodity.