Emotions of Animals and Humans 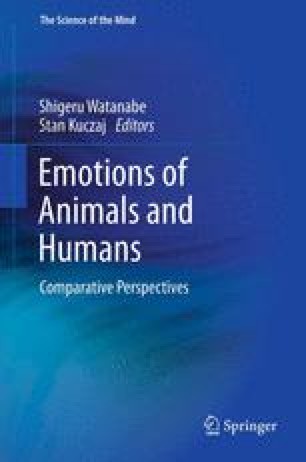 This chapter addresses the Origin and Evolution of Consciousness. How evolution has added novel and wasteful functions to species is briefly discussed, and the control models in the brain, which are required for the control of motion and behavior, are described. The assumption is introduced that the functions enabling episodic memory should emerge from slight modifications to the existing control systems of an organism. The system functions that create the functions enabling episodic memory and the functions of consciousness, which are roughly the same, are discussed. Finally, the origin of the phenomenal, rather than functional, aspects of consciousness is addressed.

Episodic Memory Forward Model Identity Theory Inverse Model Feedforward Control
These keywords were added by machine and not by the authors. This process is experimental and the keywords may be updated as the learning algorithm improves.
This is a preview of subscription content, log in to check access.