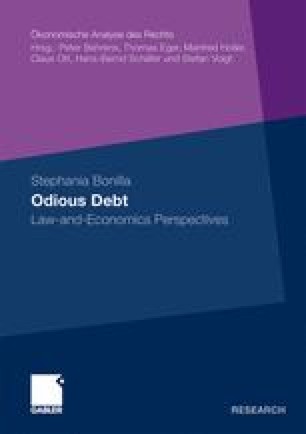 The ability of sovereigns to borrow serves an important role in the sound management of national affairs. Indeed, the credit system is an important pillar of capitalism and allows governments, as well as enterprises and households, to invest in opportunities for promoting valuable objectives that they would otherwise be forced to pass up. Despite the positive effects that cross border financial flows have on recipient governments, they can also bring about dramatic negative consequences. Many developing countries, for example, repeatedly find themselves in debt crises after having acquired debt that has grown beyond sustainable and manageable levels. The political and moral debates that stem from the debt problem of developing countries are indicative of the power that debt has to provoke highly emotive reactions. This book focuses on another negative facet of sovereign debt which has witnessed an international moral outcry, namely; the problem of odious debt.

State Practice Sovereign Debt Vienna Convention Domestic Court Subjugation Debt
These keywords were added by machine and not by the authors. This process is experimental and the keywords may be updated as the learning algorithm improves.
This is a preview of subscription content, log in to check access.