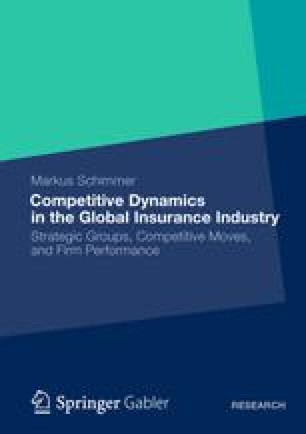 Ever since the early days of research into the functioning of economic markets (Smith, 1776), there has been a vibrant academic debate on the role of competition. While this debate has traditionally been led by economists and centered on the welfare effects of competition (Hayek, 1968; Schumpeter, 1934, 1943), strategic management scholars turned the focus of the debate toward individual firms, and their competitive strategies and advantages (Porter, 1980, 1985). Even though they initially adopted economic ideas, management scholars soon developed their own perspectives on interfirm rivalry that were better suited to explain performance differences between firms (Baum & Korn, 1999; Chen, 1996; Hunt, 1972). These theories and related work became known as “competitive dynamics research” within the strategic management discipline (Ketchen, Snow, & Hoover, 2004).

Management Scholar Dissertation Outline Competitive Behavior Competitive Action Strategic Group
These keywords were added by machine and not by the authors. This process is experimental and the keywords may be updated as the learning algorithm improves.
This is a preview of subscription content, log in to check access.