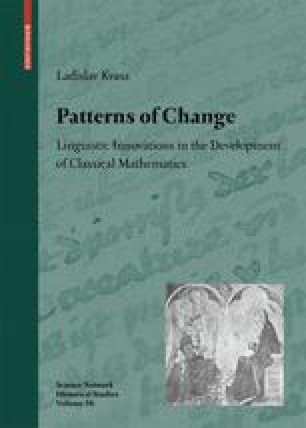 We have reached the end of our exposition of the patterns of change in the development of mathematics. In the closing chapter I would like to discuss some interpretations of the development of mathematics. I will focus on the approaches based on the works of Kuhn, Lakatos, and Piaget and I will compare them with the approach described in the present book. A characteristic feature of the latter approach is that it emphasizes the historicity of the language of mathematics — it studies mathematical knowledge in relation to the historically existing expressive tools of the formal language of mathematics. Thus in a sense it is a compromise between the analytical approach in the philosophy of mathematics, which stresses the importance of language and logic, but understands them in an unhistorical way; and the historical approach, which usually stresses the historical nature of knowledge, but studies the historical growth of knowledge using sociological or psychological means. The approach developed in this book is a middle position between these two approaches. On the one side it accepts that mathematical knowledge is in a fundamental sense historical, but on the other hand it tries to grasp this historicity using the means of the analytical tradition.

Mathematical Knowledge Topological Invariant Social Adaptation Hamiltonian Mechanic Religious Conversion
These keywords were added by machine and not by the authors. This process is experimental and the keywords may be updated as the learning algorithm improves.
This is a preview of subscription content, log in to check access.