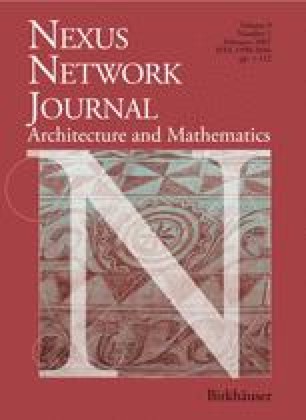 It used to be popular to draw geometric figures on images of paintings or buildings, and to propose them as an “analysis” of the observed work, but the tradition lost some credit due to exaggerated (golden section) interpretations. So, how sure can an art or mathematics teacher be when he wants to propose the profile of a nuclear plant as an example of a hyperboloid, or proportions in paintings as an illustration of the presence of number series? Or, if Gaudi intended to show chain curves in his work, can the naked eye actually notice the difference between these curves and parabolas? The present paper suggests applying the “least squares method”, developed in celestial mechanics and since applied in various fields, to art and architecture, especially since modern software makes computational difficulties nonexistent. Some prefer jumping immediately to modern computer machinery for visual recognition, but such mathematical overkill may turn artistic minds further away from the (beloved!) tradition of geometric interpretations.