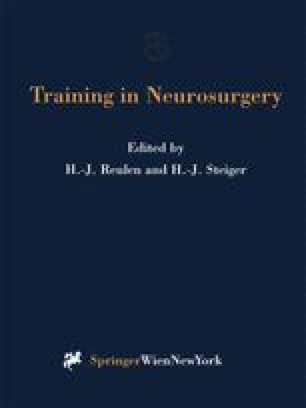 Neurosurgical Training at Present and in the Next Century

There have been three great advances in medical education implemented in this century and they in turn were dependent upon two important advances which occurred in the last century. The first of these fundamental changes was the development of the concept of the research university. The famous Humboldt Report which appeared in the early part of the 19th century called for research in the university as a part of educational reform, and a new university was established in Berlin based upon the principles embodied in the report. Daniel Coit Gilman was a graduate student at that university and a quarter century later had the opportunity to found the first research university in the United States. Gilman was asked to become the first president of the newly founded Johns Hopkins University, and so based upon the concept of the university as a place for the generation of new knowledge, could develop it. Previously the great universities were simply repositories of knowledge. Now, that this model is universal throughout the world, it is difficult to believe what an enormous change this was. The university system was more than 2,000 years old and it changed very little in a millennium. Our current system, which we all take for granted, is actually barely 100 years old [1,2].