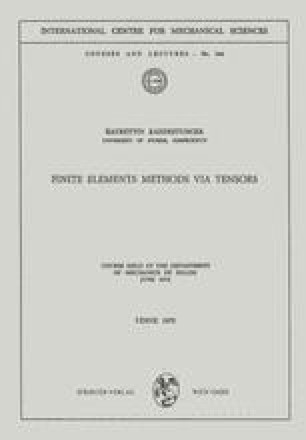 Not long ago, almost toward the middle of this century the formulation of problems in mechanics (in other sciences as well) began using matrices extensively. Since the entities such as vectors and matrices having large number of parameters are identified by single symbols, formulation of problems became short and coincise. Because of the availability of powerfull computers scientists were encouraged to present a single parameter or a function in analytical expressions by collection of many functions or parameters with certain approximations. This, of course, shifted the formulation of the problems from “exact” to “approximate”. Since the definitions of problems are often not exact to begin with, their formulation as well as their solutions being approximate (depending upon the degree of approximation of course) received no objections. To the contrary, it was assumed that an “approximate solution” is better than “no solution”. This way of thinking encouraged researchers to attempt to solve many unsolvable problems of yesterday.