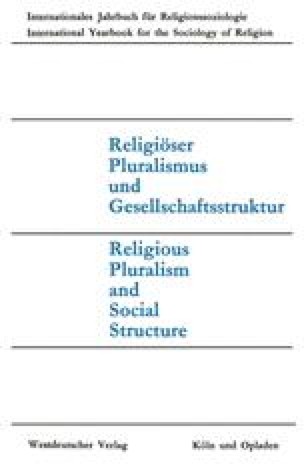 Religion and Urbanization in Africa

I have chosen as a basis for the discussion in this paper two sociological theories relevant to the relations between religion and urbanization. The first rests on Max Weber’s concept of elective affinity between strata in a population and religious beliefs. I think the concept of elective affinity is broad enough to encompass Marxist theories of the ideological and utopian functions of religious beliefs. The second theory rests on Durkheim’s analysis of the social consequences of the division of labour, and similar formulations of this central theme in sociological thought.

Revision of a paper given to the Third Conference of Scholars, Frank L. Weil Institute, on The Effects of Urbanization on Religion, October 1963. I am indebted to Professor Monica Wilson, University of Capetown, for her comments on an earlier version of the paper, and to the Weil Institute for Studies in Religion and the Humanities for permission to publish this paper.