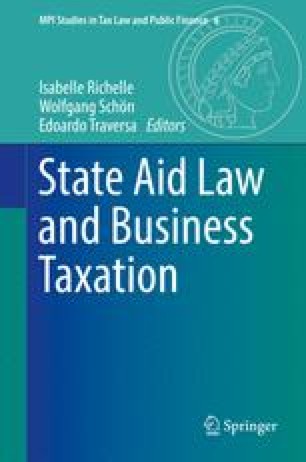 The Cat and the Pigeons: Some General Comments on (TP) Tax Rulings and State Aid After the Starbucks and Fiat Decisions

The Commission State aid decisions on individual tax rulings have created legal uncertainty, which may have been one of their goals. This article comments on their political and policy merits and effects, it wonders whether EU law requires member States to have—and apply in a certain manner—specific transfer pricing rules, it discusses the creditability of the tax to be recovered from US groups in their home State, it comments on the possible implications of the Commission decision on the Belgian excess profits scheme (is smart tax competition State aid? Is not curbing BEPS State aid?), it wonders whether the CCTB may have become politically feasible, and it wonders why the Commission does not seem to investigate tax breaks extended by large member States.

Transfer Price Commission Decision Statutory Rate Market Economic Operator Senate Finance Committee
These keywords were added by machine and not by the authors. This process is experimental and the keywords may be updated as the learning algorithm improves.
This is a preview of subscription content, log in to check access.