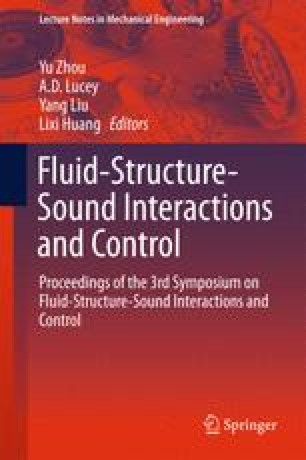 This paper reports hot-wire measurements in a turbulent sheared mixing layer (SML) generated using a composite grid, with the aim to investigate the downstream development of turbulence in the presence of a mean shear. The Reynolds number based on the mixing layer thickness \(\delta (= y_{0.95}-y_{0.10})\) is in the range of \(6560 \le Re_\delta (=U_s \delta /\nu )\le 12540\) , where \(U_s\) is the velocity difference between the high and low speeds. The measurements show that the mixing layer thickness \(\delta \) grows linearly with x. The mean velocity profiles (U) collapse relatively well at all stations when the distance y is normalised by the variable \(\eta (= (y-y_{0.50})/\delta )\). Further, the Reynolds stress profiles at \(x/M_1 =60\) and 65 collapse well suggesting that the decaying turbulent in the SML has reached self-preservation.