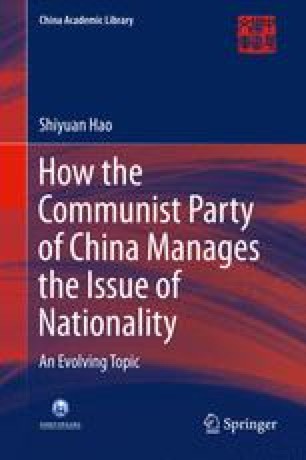 China is an ancient Eastern civilization with a long history, and the only country on earth whose civilization has extended uninterrupted from ancient times to the present. In its more than 5,000 years of development, China experienced many territorial changes and dynastic successions during which it experienced countless internal and external trials and tribulations and political disintegration, but the general trend of the unity of China was never blocked, and in the end China became a united multi-nationality country. In this historical process, all the nationalities that lived and multiplied on Chinese land created a pattern of cultural diversity within national unity through their interaction and integration. The formation of this pattern is due not only to the geographical fact that China covers a broad territory on the Asian continent but also to the historical fact that it has large numbers of ancient human remains and culturally diverse historical sources.

Qing Dynasty Central Plain Chinese Nation Minority Nationality Chinese Revolution
These keywords were added by machine and not by the authors. This process is experimental and the keywords may be updated as the learning algorithm improves.

China is one of the largest countries in the world, and its territory is about the size of the whole of Europe. In this vast country of ours there are large areas of fertile land that provide us with food and clothing, mountain ranges across its length and breadth with extensive forests and rich mineral deposits, many rivers and lakes that provide us with water transport and irrigation, and a long coastline that facilitates communication with nations beyond the seas. From ancient times our forefathers have labored, lived and multiplied on this vast territory.

China has a population of 450 million, almost a quarter of the world’s total. Over nine-tenths of its inhabitants belong to the Han nationality. There are also scores of minority nationalities, including the Mongol, Hui, Tibetan, Uygur, Miao, Yi, Zhuang, Zhongjia and Korean, all with long histories though at different levels of cultural development. Thus China is a country with a very large population composed of many nationalities.

–Mao Zedong, “The Chinese Revolution and the Communist Party of China”

The minority nationalities have all contributed to the making of China’s history. The huge Han population is the result of the intermingling of many nationalities over a long time.

Cite this chapter as:
Hao S. (2016) Taking into Perspective the Historical Conditions in China and Building a United Multi-nationality Country. In: How the Communist Party of China Manages the Issue of Nationality. China Academic Library. Springer, Berlin, Heidelberg. https://doi.org/10.1007/978-3-662-48462-3_2