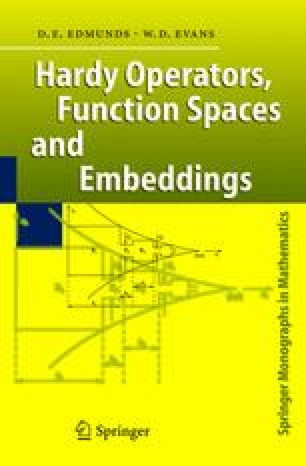 Classical function spaces, such as those of Lebesgue and Sobolev type, have played and continue to play a most important rôle in Analysis. With the passage of time, questions have naturally arisen which for their complete solution require scales of spaces more finely tuned than these famous predecessors. One of the ways of meeting this need is by means of Banach function spaces, which were introduced in 1955 by Luxemburg. They include not only the Lebesgue spaces mentioned above but also their more refined variants, the Lorentz, Zygmund, Lorentz-Zygmund (LZ) and generalised Lorentz-Zygmund (GLZ) spaces. There is much to be gained from the study and use of these spaces, and of spaces of Sobolev type based on them. For example, consider the critical case of the Sobolev embedding theorem (associated with Pohozaev, Trudinger and Yudovic, among others) in which the Sobolev space is based upon L p and the target is an Orlicz space of exponential type. It turns out that if a Zygmund space L p (logL) a is used as a base instead of L p , then in certain cases the target can be an Orlicz space of multiple exponential type. This is but one of the consequences of the intensive study during the last decade of refinements of the Sobolev embedding theorems.

Orlicz Space Measurable Subset Lorentz Space Weak Type Fundamental Function
These keywords were added by machine and not by the authors. This process is experimental and the keywords may be updated as the learning algorithm improves.
This is a preview of subscription content, log in to check access.