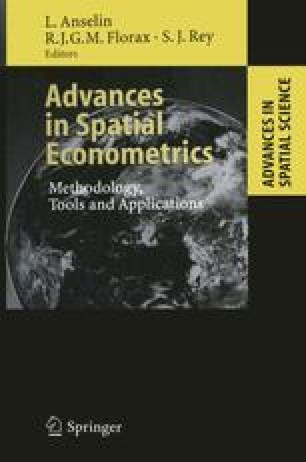 Economists, economic geographers and regional scientists have suggested different and contrasting explanations of why regions grow at different rates, and what kind of convergence, if any, one might expect from a system of interacting regions. Despite significant differences of approach, there are nevertheless common themes arising from the literature which bring an element of cohesion to a diverse subject matter, namely the relevance for understanding of returns to scale, externalities and catch up mechanisms, and the role of exogenous shocks in real-world turbulence. The chapter first reviews the growth literature, emphasising the importance of these themes, and sets the modelling approach adopted in the chapter in the context of the wider literature. It then gives new expressions for the equilibrium implied by various related models, and an iterative approach is developed to accommodate turbulence leading to “stochastic equilibrium.” As an illustration of the potential of the general methodology, the chapter finally focuses on a preferred single equation spatial econometric model (Anselin, 1988b; Anselin and Florax, 1995b). This model leads to substantive empirical evidence regarding causes of productivity growth variations, and the parameter estimates are used to calculate steady-states and stochastic equilibrium for manufacturing productivity ratios for 178 regions of the European Union (EU) (Armstrong, 1995; Cheshire and Carbonaro, 1995).

European Union Productivity Growth Total Factor Productivity Output Growth Spatial Error
These keywords were added by machine and not by the authors. This process is experimental and the keywords may be updated as the learning algorithm improves.
This is a preview of subscription content, log in to check access.