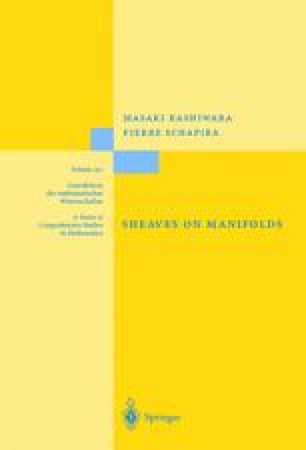 Having defined the functors v M and μ M and studied their functorial properties, we then proceed to study the functor µhom.

This new functor generalizes the microlocalization functor and will play a central role throughout the rest of the book. The results of §2 and §3 originated from Sato-Kawai-Kashiwara [1].

Vector Bundle Open Neighborhood Normal Bundle Horizontal Arrow Normal Deformation
These keywords were added by machine and not by the authors. This process is experimental and the keywords may be updated as the learning algorithm improves.
This is a preview of subscription content, log in to check access.