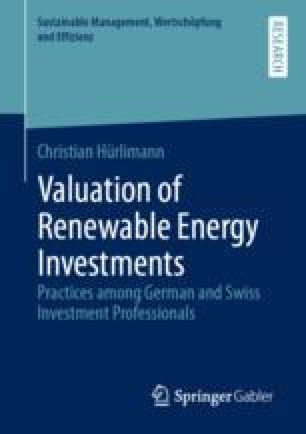 Starting in 1992 with the Earth Summit in Rio, followed by the Kyoto Protocol in 1997 and the Paris Agreement in 2015, more than 190 countries have joined the international treaty to stabilise climate change by reducing greenhouse gas emissions to keep the average global temperature rise below 2°C (UNFCCC, n.d.). An effective means of reducing such emissions is the decarbonising of the power sector, a central theme promoted in many countries and by many globally acting programmes (Jägemann et al., 2013, Skea, 2015, EEA, 2017, Steffen and Schmidt, 2018). This transformation to a sustainable, low-carbon economy is based on facilitating the breakthrough of power plants producing electricity from renewable energy sources (RES-E) (Reichmuth, 2013, IEA, 2015, Unteutsch and Lindenberger, 2016).