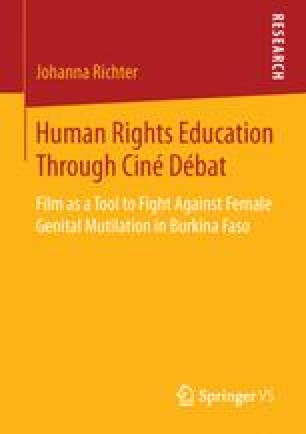 Female Genital Mutilation (FGM) refers to the partial or complete excision of the female external genitals.5 In practice, several different kinds of mutilations exist (see chapter 2.2). By damaging the female genital tissue and injuring the female organs for non-medical reasons, FGM interferes with the natural function of girls’ bodies. An estimated 92 million girls over the age of 10 have been cut in Africa (WHO, Female Genital Mutilation, 2010: 1). Each year nearly 3 million girls are at risk of undergoing the practice: 8000 every day, 300 every hour (Terre des Femmes, 2011a: 1). FGM is mostly performed within the family or as a part of a public initiation ceremony.

United Nations Male Circumcision Female Genital Mutilation Cultural Relativism Psychological Violence
These keywords were added by machine and not by the authors. This process is experimental and the keywords may be updated as the learning algorithm improves.
This is a preview of subscription content, log in to check access.