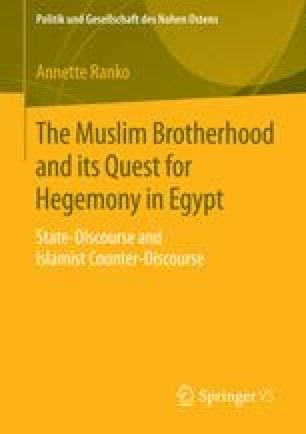 The relationship between the Muslim Brotherhood and the Egyptian state under the reign of President Mubarak, took its roots in 1954, when the freshly made President Gamal Abdel Nasser, in an almost fatal move against its potent political rival, the Muslim Brotherhood, detained several thousands of its members in only one night. This initialled a more than decade long repression wave, which the organization itself refers to as the “great infestation”. It was also Nasser’s erection of a distinct type of state – which dramatically differed from the monarchy that preceded it, and which largely remained in place under Mubarak – that lay the foundation stone of Brotherhood state relations under Mubarak (even if the level of repression that the organization was exposed to was to fluctuate).

Private Capital Arab World Peace Treaty Secret Apparatus Muslim Brotherhood
These keywords were added by machine and not by the authors. This process is experimental and the keywords may be updated as the learning algorithm improves.
This is a preview of subscription content, log in to check access.