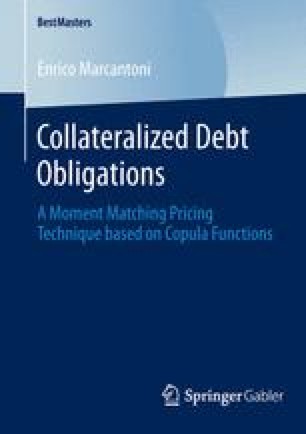 Modeling default of several obligors implies modeling the default probability of the single obligor as well as the dependence structure between obligors.