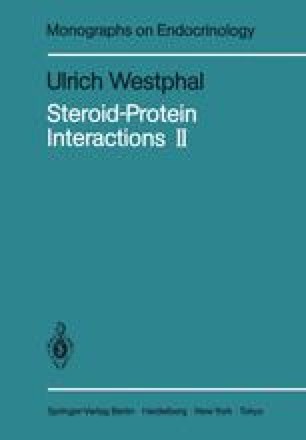 In the late 60’s investigators in two laboratories reported the discovery of a specific pregnancy protein in the uterine fluid of the rabbit. Krishnan and Daniel (1967) isolated from the uterus of the rabbit at early pregnancy a protein fraction that seemed to induce blastulation of the rabbit morula and to stimulate blastocyst development; it was, therefore, named blastokinin. Early purification resulted in what was considered a homogeneous glycoprotein of MW 27,000 (Krishnan and Daniel 1968). Independently of this work, Beier (1968 a) described a protein from rabbit uterine fluid, called uteroglobin, that did not seem to contain carbohydrate and was believed to have a MW of about 30,000. Later studies under more rigorously controlled conditions using gel filtration and equilibrium sedimentation resulted in a lower MW of about 15,000 (Murray et al. 1972). The absence of carbohydrate was confirmed more recently in highly purified uteroglobin (Nieto et al. 1977; Torkkeli et al. 1978). The investigators principally involved in the beginning of uteroglobin research have reviewed their work in detail (Beier et al. 1971; Beier 1976; Daniel 1971; 1976).

Relative Binding Affinity Uterine Lumen Uterine Fluid Male Genital Tract Chlormadinone Acetate
These keywords were added by machine and not by the authors. This process is experimental and the keywords may be updated as the learning algorithm improves.
This is a preview of subscription content, log in to check access.