The Role of the Stratosphere in Global Change 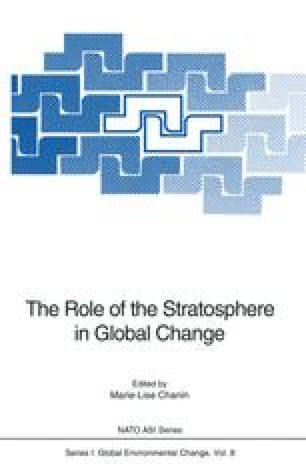 The European Arctic Stratospheric Experiment (EASOE), funded by national sources and the Commission of the European Communities, began in mid November 1991 and completed its main measurements phase at the end of of March 1992. The research was prompted by the decline in northern hemisphere ozone values during the last decade and need to understand the role of halocarbons in the decline. A variety of measurements have covered a wide area from Central Europe, across the North Atlantic and the European region including Russia. The measurements of stratospheric composition (including ozone and other species involved in ozone chemistry such as nitrogen and chlorine compounds) comprise regular ground-based and ozone sonde measurements from more than 20 sites, observations within the ozone layer by experiments on 41 large balloons and nearly 100 flights of research aircrafts. A large amount of data has been collected and analysis will continue for many months. Campaign planning, instrumentation, as well as preliminary results and findings are presented below.

Potential Vorticity Solar Occultation Total Ozone Polar Vortex Stratospheric Aerosol
These keywords were added by machine and not by the authors. This process is experimental and the keywords may be updated as the learning algorithm improves.
This is a preview of subscription content, log in to check access.