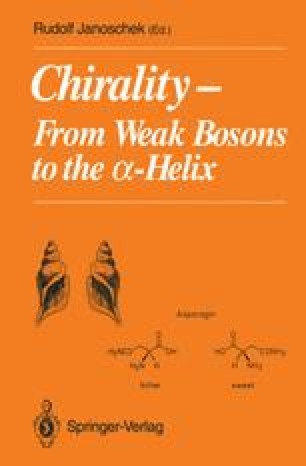 Physicists have been convinced for a long time that the laws of nature do not distinguish between left and right, and therefore parity (mirror symmetry) is conserved in all interactions. The discovery in 1956 that parity is not conserved for the weak interaction governing β-decay had an immediate and profound influence on nuclear and elementary particle physics. For atomic physics, however, it was of no importance, since the weak interaction is not involved directly in atomic processes. Only through the progress in our understanding of the connections between the various interactions, which finally led to a unified theory of electromagnetic and weak forces in the “Standard Model” of Glashow, Salam and Weinberg at the end of the 1960s (for reviews, see e.g [1–3]), have parity-violating effects in atoms become predictable. The effects are caused by an interference between the photon as carrier of the electromagnetic force and the heavy intermediate boson Z0, which mediates the so-called “neutral currents” of the weak interaction. In the meantime these predictions have already been demonstrated experimentally (for reviews, see [4–8]).

Weak Interaction Dirac Equation Vector Boson Atomic Physic Parity Violation
These keywords were added by machine and not by the authors. This process is experimental and the keywords may be updated as the learning algorithm improves.
This is a preview of subscription content, log in to check access.