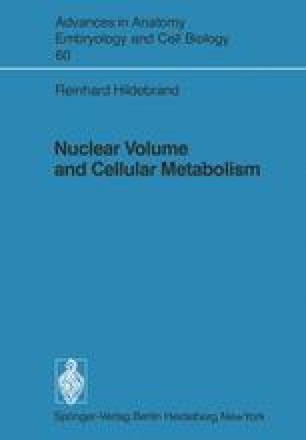 Structure of the Liver

The liver lobule (lobulus) (Malpighi 1666, cited by Rappaport 1960) having been first described by Wepfer (1664 cited by Rappaport 1960) in boiled pig liver is considered to be the classical morphological or anatomical unit of the organ; the results of these early investigations and Kiernan’s (1833) pioneer work in particular has essentially determined our conception of this structure. Around a vein situated centrally in the cross-section and running along the longitudinal axis of the lobule, the liver cell plates, one cell thick, construct a threedimensional framework inside the lobule, arranged radially, and perforated and separated from one another by sinusoids (Pfuhl 1932; Wallraff 1969; Elias and Sherrick 1969; Meitner et al. 1976; Bargmann 1977). The roughly hexagonal outline is marked by partitions of connective tissue which are regarded as part of the capsular connective tissue (Bargmann 1977). At each angle of the polygonal formation, portal areas or triangular portal tracts with three characteristic structures — the hepatic artery, the portal vein, and the bile duct — are located. These structures run longitudinally along the edges of the lobule, which has an elongated or more massive and sometimes club-shaped appearance (Pfuhl 1932; Bargmann 1977). In the rat, however, adjacent liver lobules merge and there is no regular distribution of the portal areas in the lobular periphery (Rhodin 1974). This is because connective tissue partition is lacking and the soft liver lobules are not stacked or fitted together neatly like blocks, but overlap, extending their longitudinal axes in various directions.

Liver Lobule Portal Area Nuclear Volume Liver Acinus Anatomical Unit
These keywords were added by machine and not by the authors. This process is experimental and the keywords may be updated as the learning algorithm improves.
This is a preview of subscription content, log in to check access.