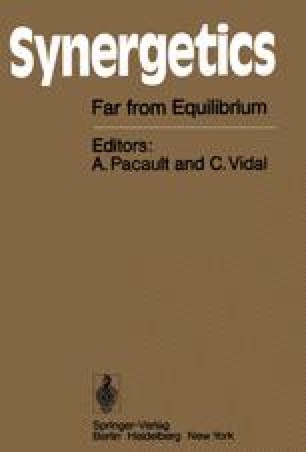 The observating of oscillating enzyme reactions brought the first direct experimental evidence, that biological systems can function beyond some threshold of instability, the source of which is the highly nonlinear kinetic prevailing in biochemical processes, arising from the intrinsic feedback coupling of such processes and furthermore from the all osteric enzymes which control cell metabolism in a cooperative response to small changes of controlling ligands. Recent results demonstrate in oscillating glycolysis of yeast a tightly controlled pulse propagating along the glycolytic reaction pathway, which can be described by the nonlinear feedback kinetics of master enzyme, phosphofructokinase in the reaction chain. This system responds to phase shifting, stochastic and pulsed subtrate perturbation, in the latter case with a subharmonic mode, and illustrates general mechanism of possible frequency modulation in biological systems. Similar properties have also been observed in the case of oscillating adenylate cyclase, responsible for the period-signalling system in Dictyostelium discoideum during development. For both cases the relationship between chemical reactivity and transport terms will be discussed.