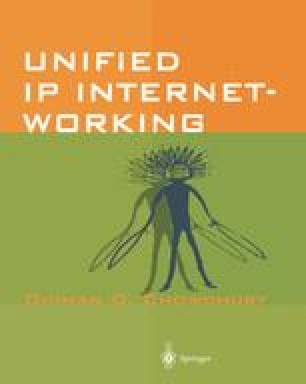 Networks are changing and growing more multifaceted than those of the 1990s. The merger mania of data and the telecom industries in 1999 created a new type of networking concept for information transport. It is now known as a converged network and IP is considered the best transport means of such a network system. With end-to-end QoS and policy-based management mechanisms, today’s network is more intelligent and sophisticated. Now, more than ever before, the idea of data and means of telecom transport are unified into a single, more efficient network infrastructure. Such a unified network has so far been extensively adaptable with the IP internetworking technique. Building such a state-of-the-art internetwork requires in-depth understanding of IP as well as of the behavior and constraint of various traffic. Another and most important aspect of such a complex network is how to manage it. In this regard, PEN provides significant enhancements, automata and intelligence than that of a network based on SNMP (Simple Network Management Protocol). Now traffk can be controlled and managed as per the requirements of the users.

Transmission Control Protocol Expedite Forwarding Assure Forwarding Token Bucket Path Message
These keywords were added by machine and not by the authors. This process is experimental and the keywords may be updated as the learning algorithm improves.
This is a preview of subscription content, log in to check access.