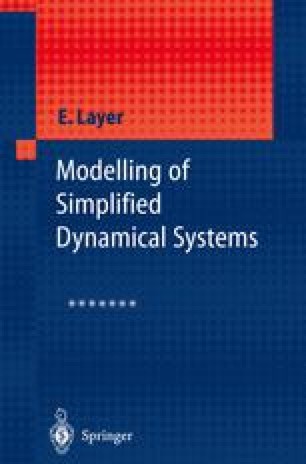 A precondition, which permits any computer simulation of a physically existing system to be carried out, is the creation of its mathematical model. Such a model is most often obtained as a result of identification of the system or less frequently on the basis of its structural analysis, if possible. However not all models are obtained in this way. Therefore it is worth noting that within the wide set of mathematical models of various physical systems, a certain small subset can be separated. This subset is characterised by the fact that for its models there are legally and officially testified values of parameters, defined most often by their rated data. Those models are usually relatively simple and their form can easily be determined. This form results from an objective function that is an abstract mathematical formula, which should be met by the system to be modelled. Therefore such models are called models of standards. Constituting a reference, models of standards play an important role in determining errors, mainly in automatic control systems, dynamic metrology, etc.

Impulse Response State Equation Characteristic Equation Homogeneous Equation Automatic Control System
These keywords were added by machine and not by the authors. This process is experimental and the keywords may be updated as the learning algorithm improves.
This is a preview of subscription content, log in to check access.