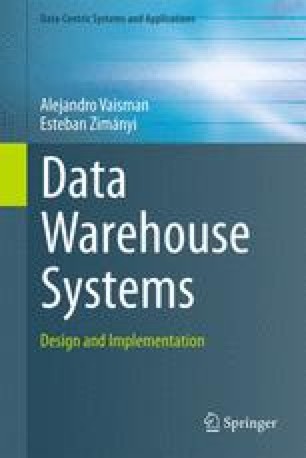 A Method for Data Warehouse Design

Even though there is an abundant literature in the area of software development, few publications have been devoted to the development of data warehouses. Most of them are written by practitioners based on their experience in building data warehouses. On the other hand, the scientific community has proposed a variety of approaches, which in general target a specific conceptual model and are too complex to be used in real-world environments. As a consequence, there is still a lack of a methodological framework that could guide developers in the various stages of the data warehouse development process.

Data Warehouse Conceptual Schema Initial Schema Source System Logical Schema
These keywords were added by machine and not by the authors. This process is experimental and the keywords may be updated as the learning algorithm improves.
This is a preview of subscription content, log in to check access.