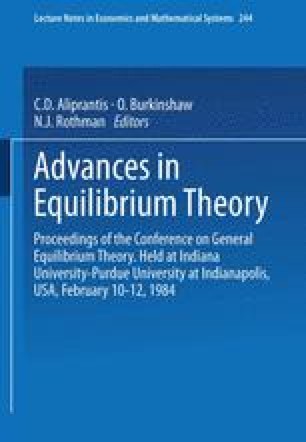 The thesis of this paper can be stated as follows: The use of the continuum, as embodied in the methods of countably additive measure theory, is inappropriate for economic models with an infinite number of agents or commodities. This claim is based on the fundamental premise that economies with an infinite number of commodities are meaningful only as the limit of a sequence of economies with a finite but growing number of commodities (a premise which has wide acceptance, in principle at least). If this premise is taken seriously, then it can be shown that measure theory is a cumbersome tool for such economies and that nonstandard analysis is better suited for such problems. An illustration of the sort of artificial difficulty that can arise with the continuum approach is illustrated by a simple example in section 2. The next two sections demonstrate the power of nonstandard analysis by providing a simple, yet more general, proof of a recent result of Dubey, Mas-Colell and Shubik, which they obtained through countably additive measure theory. Some remarks on the basic thesis of this paper form the conclusion.

Nonstandard Analysis Market Game Walrasian Equilibrium Message Space Commodity Space
These keywords were added by machine and not by the authors. This process is experimental and the keywords may be updated as the learning algorithm improves.
This is a preview of subscription content, log in to check access.