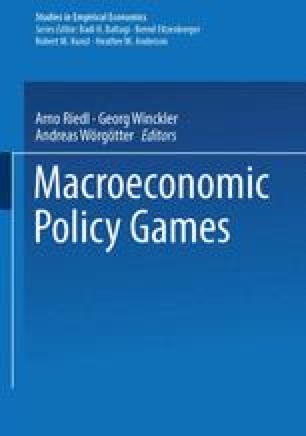 For an overlapping-generations model with 2-period life-cycles for individuals and monopolistic competition in the goods markets, Chang [1989] demonstrates that deflationary monetary policy supported by lump-sum taxation is able to implement a Pareto-optimal allocation as stationary perfect-foresight equilibrium. He himself raises the question whether his “conclusions are robust to other assumptions about the nature of competition or the monetary sector” [p.20]. In Chang’s model fiat money is valued because it is the only store of value available to young individuals. In the present paper the positive value of money in equilibrium is secured by a cash-in-advance constraint on individual transactions as proposed, e.g., by Lucas and Stokey [1983]. Furthermore, the life-cycle OLG-structure is replaced by what Blanchard and Fischer [1989, pp.115–122] call a “model of perpetual youth”, i.e. overlapping cohorts of individuals with infinite planning horizons but constant and identical finite life expectancies. In other respects this model does not differ significantly from Chang’s. There is also neither storage nor capital accumulation, and, in particular, monopolistic competition is likewise introduced via the now standard simple assumption of commodity heterogeneity with constant elasticity of substitution in consumption as discussed, e.g., by Blanchard and Fischer [1989, pp.376–381].

Monetary Policy Monetary Authority Fiscal Authority Sales Agent Government Budget Constraint
These keywords were added by machine and not by the authors. This process is experimental and the keywords may be updated as the learning algorithm improves.
This is a preview of subscription content, log in to check access.