The Yuanpei Program in Peking University 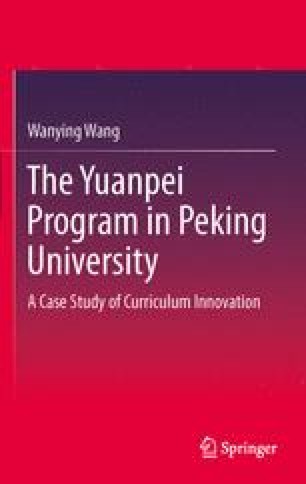 The Yuanpei Program in Peking University pp 79-139 | Cite as

Findings—Major Conflicts, Its Process and Sources

The findings in this section are articulated and analyzed with relation to the research questions. They consist of two main parts. The description of the university culture is first provided, which involves four aspects: the physical environment, history, values and prevailing subtexts. The second part describes the major conflicts arising from the process of initiation and implementation, how these conflicts evolved over the process and what are the sources of these conflicts. The confluence of all the data sources supports answers to these questions.

General Education Postgraduate Student Undergraduate Education Faculty Advisor Undergraduate Study
These keywords were added by machine and not by the authors. This process is experimental and the keywords may be updated as the learning algorithm improves.
This is a preview of subscription content, log in to check access.