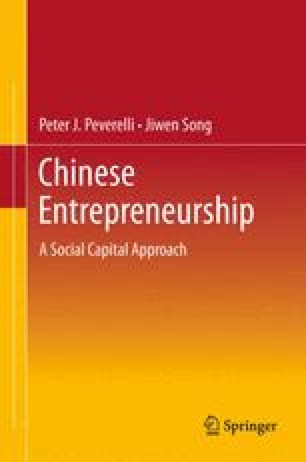 With the reform and opening up policies, China’s economic has been soaring since the 1980s. At that time of China’s society, there was a kind of all-round development due to the stagnated economy since sixteenth century. Because of the decollectivization of agriculture and the investment on industry, there was a widespread fashion for countryside people to go to work in pioneer mega cities like Beijing and Shanghai. Also, the government has given the ordinary people the permission of starting up business. Though that major industries were still state-owned, real entrepreneurs became to be active all over China. Based on the background condition as mentioned, a small group of people, with the great courage to pursuit their happiness in the business world, turned into the first wave of migrant entrepreneurs in China.

Social Capital Migrant Worker Henan Province Business World Migrant Group
These keywords were added by machine and not by the authors. This process is experimental and the keywords may be updated as the learning algorithm improves.
This is a preview of subscription content, log in to check access.