Towards a Sustainable Asia: Energy 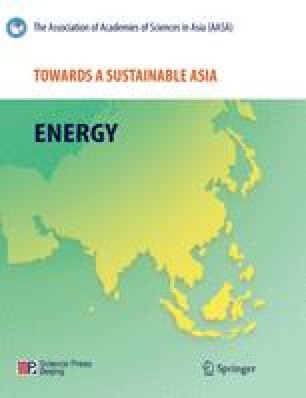 Towards a Sustainable Asia: Energy pp 3-16 | Cite as

There are many publications with statistical data of the energy development in the world, in Appendix 3 we have presented in 6 tables the current data for 2005–2007, including the area, population, GDP, the primary energy consumption and its structure, the primary energy production and its balance with consumption, the electricity generation, installed capacity and its structure for all 48 Asia countries. Since Russia is located such that a part of it belongs to Asia and the remainder to Europe, it is difficult to separate the corresponding data for Asia and Europe, so the data cited for Russia, refers to the entire country and as such, the figures may include those belonging to the European part of Russia.

Iraq
These keywords were added by machine and not by the authors. This process is experimental and the keywords may be updated as the learning algorithm improves.
This is a preview of subscription content, log in to check access.

Cite this chapter as:
The Association of Academies of Sciences in Asia (AASA) (2011) General Situation of Energy Development in Asia. In: Towards a Sustainable Asia: Energy. Springer, Berlin, Heidelberg