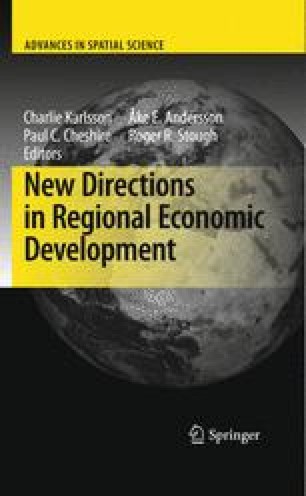 The emergence, from the 1960s on, of a new spatial division of labor – with the old task-based division of labor within a firm taking on a spatial dimension, and comparative advantage increasingly shaping patterns of specialization by function/process as well as by sector/product – reflected both new possibilities opened up by developments in management, control and communications technologies and intensified competitive pressures within (generally) mature industrial sectors. On an international scale this primarily affected manufacturing activities, and was driven essentially by labor cost factors. Within developed economies, however, it also affected a number of (mostly) office-based service activities, where the crucial cost factor more typically involved premises rather than labor, since these tended to occupy expensive space in central locations offering the face-to-face communication potential required for some at least of their functions. In these cases the new spatial divisions occurred within much more restricted territories, both because there were tighter constraints (on the kinds of labor deemed suitable and on the dispensability of face-to-face contact) and because there was much more local variation in the relevant cost factor. Even so, there were US examples from the 1980s of telecommunications links being used to effect substantial savings in typing/data entry costs by exploiting cheaper pools of English-speaking labor in offshore locations such as Ireland or the West Indies (Warf 1989). Since the end of the 1990s, however, service activities in advanced economies have taken initiatives to shift a much wider range of information-related functions to offshore locations in pursuit of labor cost savings, as they in their turn come to face more intense price competition. In this context, more of the jobs involve high levels of human capital – for which the core economies had been presumed to possess a comparative advantage – raising questions about how far the process could be extended, and whether a number of their advanced service activities, notably “wholesale” financial services, have also become vulnerable to “hollowing out”.

Business Process Comparative Advantage Financial Service Hedge Fund Home Basis
These keywords were added by machine and not by the authors. This process is experimental and the keywords may be updated as the learning algorithm improves.
This is a preview of subscription content, log in to check access.