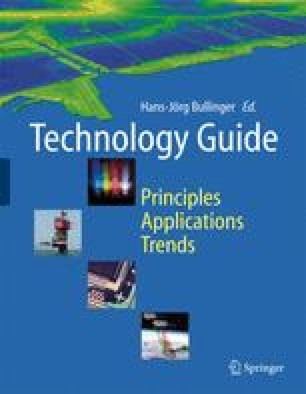 The Internet is first and foremost a technical way of exchanging all kinds of information with numerous partners throughout the world. The term “Internet” per se simply refers to the connection of two local networks to form a larger network (inter- networking). All computers in a network are able to communicate with all computers in another network to which it is connected. By linking further networks to this first pair, an even larger network is created. Today, the term “Internet” has long become synonymous with a system of networks that extends across the world. The only thing these groups of computers have in common is the protocol that they use – that is, the agreement as to how data are to be exchanged. Known as TCP/IP (Transmission Control Protocol/Internet Protocol), the protocol used for the global network of computers enables data interchange through a wide variety of media including copper wires, fiber-optic cables, telephone lines, radio, satellites, and other technologies. For many private users, a fast ADSL connection (ADSL = Asymmetric Digital Subscriber Line) with a transmission rate of several megabits per second is already the accepted standard.

Data Packet Transmission Control Protocol Internet Protocol Domain Name System Hyper Text Markup Language
These keywords were added by machine and not by the authors. This process is experimental and the keywords may be updated as the learning algorithm improves.
This is a preview of subscription content, log in to check access.