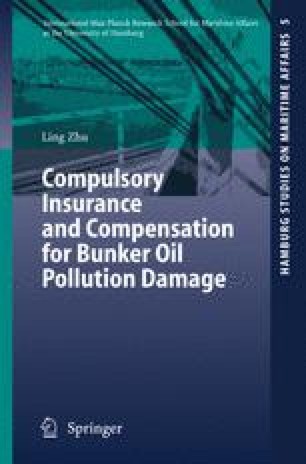 Pollution from Ships’ Bunkers and the Advent of the Bunkers Convention

Strict Liability State Party Fund Convention Pollution Damage Bunker Fuel
These keywords were added by machine and not by the authors. This process is experimental and the keywords may be updated as the learning algorithm improves.
This is a preview of subscription content, log in to check access.

Cite this chapter as:
(2007) Pollution from Ships’ Bunkers and the Advent of the Bunkers Convention. In: Compulsory Insurance and Compensation for Bunker Oil Pollution Damage. Hamburg Studies on Maritime Affairs, vol 5. Springer, Berlin, Heidelberg