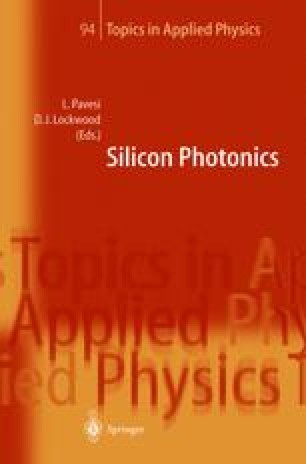 This chapter is organized in two parts. In part one, we present the theory of Spontaneous and Stimulated Raman Scattering (SRS), as well as that of Coherent Anti Stokes Raman Scattering (CARS) in silicon. The treatment of these phenomena in silicon is more complex than that in silica fiber, due to crystal symmetry considerations. We show that, because of the intrinsically large Raman coefficient in silicon, and the tight optical confinement in silicon-on-SiO2 waveguides, both amplification and wavelength conversion can be achieved in waveguides with millimeter scale lengths. In part two, we review our recent demonstration of spontaneous Raman emission, optical gain, and wavelength conversion in silicon waveguides. The chapter concludes by discussing practical issues and methods for realizing commercially viable devices.