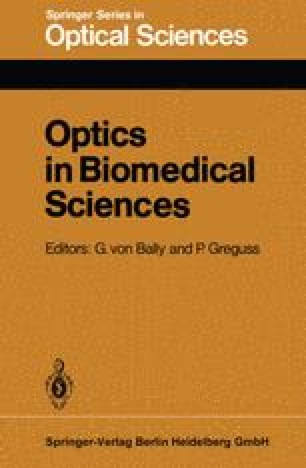 It is well known that digitizing an image implies converting it into an n × m matrix of numerals, each of which is a function of the integrated average light intensity reflected (or transmitted) by each of the n × m pixels in which the image is subdivided. At least two main reasons lead one to pay special attention to the problem of medical image digitization. On one hand it is believed that both for preservation and circulation, and even more in the future, storing images will be done by computer memory. Medical images are normally observed in order to reach a decision about the presence and the nature of a pathology. Such a decision is often strongly dependent on the quality of images, so their digital conversion should not deteriorate, but should improve if possible the conditions for an adequate evaluation. On the other hand, automated image analysis already appears as a powerful means of complementing the information attainable by the human observer (often qualitative) with more quantitative information. In this last respect, the digitization system is the eye of the computer: the better the pictorial information we are able to supply the computer with, the greater its possibility of a correct analysis and the smaller the need of preprocessing operations. This is especially true for biomedical images, since correct segmentation and feature extraction are often dependent on the possibility of detecting small density differences and thin lines.

Modulation Transfer Function Video Signal Automate Image Analysis Average Light Intensity Correct Segmentation
These keywords were added by machine and not by the authors. This process is experimental and the keywords may be updated as the learning algorithm improves.
This is a preview of subscription content, log in to check access.