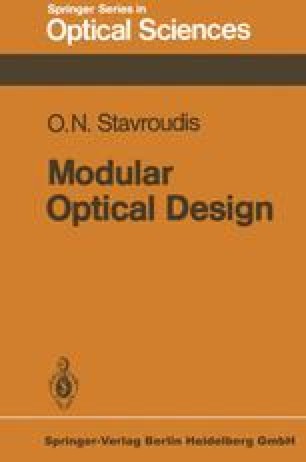 Some years ago I was asked to design a two-mirror optical system with a variable magnification, which would focus radiation from an extended object onto a detector. The problem was almost trivial; so much so that it appeared to be solvable by analytic means as well as by the usual numerical techniques. I made the attempt. Many months later — indeed, long after the original purpose of the design had been forgotten — and after an extensive excursion into the never-never land of cubic polynomials. I had a solution. Not a solution to the original problem, I hasten to add, but nevertheless a solution.

Shape Parameter Spherical Aberration Chromatic Aberration Power Parameter Pupil Plane
These keywords were added by machine and not by the authors. This process is experimental and the keywords may be updated as the learning algorithm improves.
This is a preview of subscription content, log in to check access.