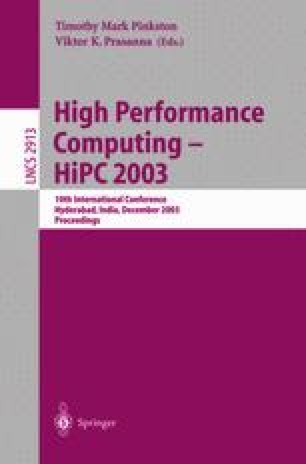 While traditional supercomputers are proprietary designs, there has been a dramatic increase in the use of Intel processors in High Performance Computing. One indication of this is the number of Intel based systems appearing on the list of Top500 computers based on MPLinpack performance, which has grown from 3 eighteen months ago to 119 on the most recent list.

One of the enablers for this increase is the availability of standards and open software at almost every level of the solution stack. Standard rack mounted two or four processor servers are used as compute nodes. A large number of commercial off the shelf (COTS) networks are available to complete the hardware configuration.The open source operating system Linux is used on each node of the cluster.A number of different cluster configuration management systems are available including OSCAR and NPACI Rocks.Application level message passing is done using the standard MPI (Message Passing Interface) API. Standard compilers are then used to compile the application.

Given this infrastructure, a number of commercial applications have been released for Linux clusters including Oracle 9i RAC, the petroleum software systems from Landmark and Slumberger, and manufacturing codes such as MSC Nastran and LS-Dyna3D.

The weakest link in the software infrastructure for cluster computing is the lack of tools for porting applications from shared memory implementations to distributed memory message passing implementations, which requires distributing the data among the compute nodes and putting the message passing sends and receives in as needed. This has historically been a manual process involving significant changes to the source code of the application. Tools to help automate this process are underdevelopment and their availability will greatly accelerate the acceptance of cluster computing as mainstream High Performance Computing.

Shared Memory Message Passing Interface High Performance Computing Message Passing Cluster Computing
These keywords were added by machine and not by the authors. This process is experimental and the keywords may be updated as the learning algorithm improves.
This is a preview of subscription content, log in to check access.