Women in the Military and in Armed Conflict 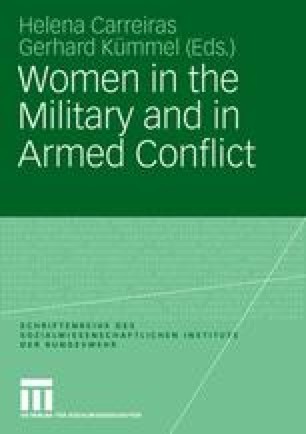 Defying the Prohibited Arena: Women in the UAE Military

According to feminist activist Nancy Hartsock (1996), many of us have constructed some knowledge and awareness to the extent to which society is constructed by relations of domination and subordination. However, most of us are still unaware of how the system of domination and submission operates theoretically and practically. By definition, women throughout the world have experienced different kinds of relations of domination, based on their actual settings, but they lack theoretical clarity about how these relations are socially constructed and maintained.

Armed Force United Arab Emirate Gender Stereotyping Military Woman Power Domination
These keywords were added by machine and not by the authors. This process is experimental and the keywords may be updated as the learning algorithm improves.
This is a preview of subscription content, log in to check access.