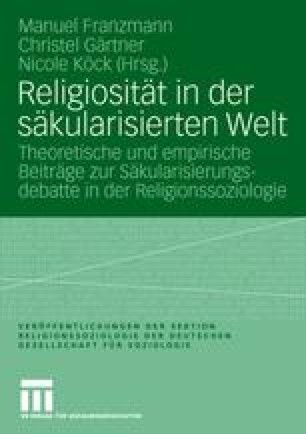 I have been asked to restate my understanding of secularization based on my enquiries over nearly forty years, since I raised the issue in 1965. Minimally that means I have to provide a brief account of my A General Theory of Secularisation (Martin 1978; Martin 1990; Martin 2002) and its subsequent extension in two books about Latin America, and some marginal extensions into Africa. After that I need to devise a fresh approach. That will be based first of all on a tour through the peripheries of Europe around the compass, northwest, northeast, southwest and southeast. This will illustrate some of the analytic principles I believe important. A linking section on Turkey discusses a semi-westernised Islamic country mainly to raise the question of how far secularization applies outside a Christian context. I come then to the main section of the essay which turns on comparisons between two versions of the Protestant north, North America and northern Europe, and two versions of the Catholic south, Latin America and Latin Europe. From time to time I try to indicate my most recent approach, which is to translate the process of secularization, notably the key component of social differentiation but also centre-periphery dynamics, in three dimensions. This I do by reference to the changing dispositions of sacred and secular space in cities and their architecture, including architectural style.