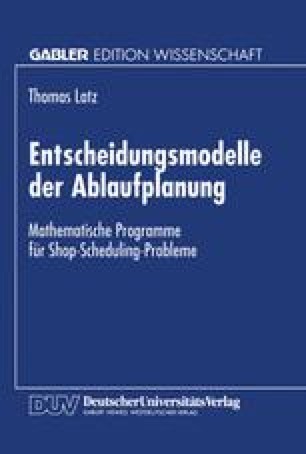 “The general job-shop problem is a fascinating challenge. Although it is easy to state, and to visualize what is required, it is extremely difficult to make any progress whatever toward a solution. Many proficient people have considered the problem, and all have come away essentially empty-handed. Since this frustration is not reported in the literature, the problem continues to attract investigators, who just cannot believe that a problem so simply structured can be so difficult, until they have tried it.”1