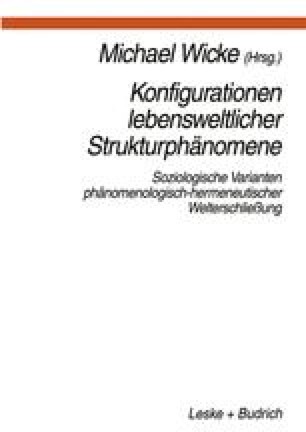 It may be useful to begin with a brief clarification of the main terms I use in my observations on morality in modern societies. I view morality as a reasonably coherent set of notions of what is right and what is wrong — beyond the pulls and pushes of any momentary situation and above the immediate gratification of desires. The notions, held by individuals, are not of subjective origin; they are intersubjectively constructed, socially selected, maintained and transmitted. Thus they form historical traditions of distinct conceptions of the good life. „Reasonably coherent“ does not imply that they are necessarily integrated into a tight system. The degree to which the moral view of life is dogmatically articulated depends upon the presence of moral entrepreneur experts in the society; it also depends on the kind of experts involved in systematization: prophets, theologians, philosophers, educationists etc.

This paper evolved from lectures given at the 4th Biennial Congress of the Nordic Semiotic Association in Immatra, Finland, June 1996 and in the Department of Sociology, University of Bergen, September at the same year. Earlier German versions were given in 1995 as lectures at the University of Erlangen, Germany, and at the Universities of Vienna and Salzburg, Austria. Cf. also my Über Moral und moralische Kommunikation in der modernen Gesellschaft, in: Sociologia Internationalis, 34/1, (Berlin 1996), pp. 1–11.